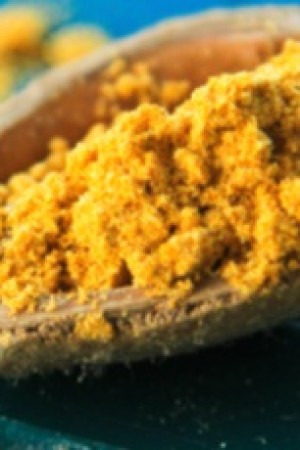 Many spice blends would be incomplete without this much used and ancient spice. Mustard is an annual herb which has been used since the earliest recorded history. An ingredient in the Indian spice blend “panch phora” and used in many dishes for flavor and appearance.

Yellow mustard (Brassica alba) is a larger seed and generally has less heat. It is however the traditional “condiment” mustard that graces the tables of the Western world.

The heat of mustard develops over time after coming into contact with water, thus when used as whole or crushed seeds in cooking, the flavor impact is greater than the heat. Mustard is regarded as a hot spice when used in blends.

Yellow mustard seeds are commonly used in European and American cooking. This is the type called for in most pickling and canning recipes, or in making corned beef or boiled vegetables. You can also grind it fresh for use in making your own mustard.

The mustard plant belongs to the brassica family, or the same family as broccoli and cabbage.

Yellow mustard contains more fiber and less oil than brown mustard. Like brown mustard, it contains about 1% sinigrin (allylglucosinolate), which is converted to the hot and pungent allyl isothiocyanate by the action of the enzyme myrosinase.

Yellow mustard isn't yellow. The white herb powder is made yellow in the prepared condiment by the addition of turmeric. Dijon mustard is the condiment without the turmeric but with a relatively high concentration of mustard flour. Bordeaux mustard contains vinegar, sugar, and tarragon, and Meaux mustard is made with from mustard seeds that have been crushed rather than ground.

The word mustard comes from the Latin "mustum ardems" meaning "burning must," or a spicy combination of mustard (burning) and freshly squeezed grape juice (must). Yellow mustard is a flowering plant in the same family as brown or black mustard, wasabi, watercress, horseradish, and arugula, sharing a hot and pungent group of chemicals known as isothiocyanates.

The isothiocyanates act as defense system against grazing animals by releasing burning chemicals when the plant is chewed. They destroy animal tissues, and they would also destroy the tissues of the plant except that they are stored in the plant in a different form that is only activated when the plant is disturbed.

Mustard can be made from whole seeds or the pre-ground seeds, called mustard flour. Making mustard form the whole seeds takes time because the seeds have to soak as the distinctly "mustardy" flavor matures over several days.

Mustard made from pre-ground seeds, called mustard flour is nearly instant but quite hot.

Mustard seeds are a very good source of omega-3 fatty acids as well as a good source of iron, calcium, zinc, selenium, manganese, magnesium, protein, niacin and dietary fiber. The mustard plaster (powder & cold water) is a time-honored cure for the congested chest.

Mustard is a rubefacient, which causes the skin to feel warm, and opens the lungs to make breathing easier. The plaster should, however, never be applied directly to the skin as it may cause painful blistering. A layer of lint (or thin) material should be put between the mustard paste and the skin and the poultice should be removed as soon as it becomes uncomfortable. The same plaster has also been used to relieve arthritis, rheumatism, sciatica, paralysis of limbs and other muscular pains.