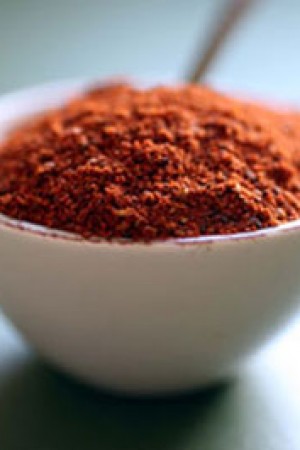 Baharat is a wonderfully complex, exotic spice blend that fills your head with diverse aromas. Savory and slightly sweet it is not hot, yet conveys all the romantic fragrances of everything that is spice.

Baharat means “spice” and our Herbie's blend of Baharat is a fine example of this all-purpose Middle Eastern blend also known as Lebanese 7 Spice, and Advieh.

A traditional mix of Baharat, added to recipes in much the same way as Indians would add garam masla, is made by blending a well-balanced combination of sweet, pungent, hot and amalgamating freshly ground spices. The result is a beautifully balanced spice with a woody bouquet, aromatic bay-rum notes, mellifluous cinnamon/cassia sweetness, deep pungency and an apple-like fruitiness.

The flavor is round and full-bodied, sweet and astringent yet with a satisfying and appetite-stimulating pepper bite. While each spice makes its own distinctive contribution and may leave one with a lingering hint of its individuality, no single flavor should dominate.