A perect companion to our Allure Meritage this Dry Jack combines the crumbliness of Parmigiano-Reggiano and the butteriness of well-aged cheddar into a single, golden chunk. This is a cheese to come back to again and again, and each time is a revelation.

The genesis for this cheese lies in the need for a soft or medium soft cheese to hold up during the hot summer months in an "ice box." In California from the 1920's thru 1946, mechanical household refrigerators were found only in the homes of the wealthy, or in commercial establishments. The majority of households by far had iceboxes that were cooled by a melting block of ice. When summer weather came, milk and butter were placed directly onto the ice box, and other foods that needed cooling--including fresh cheese--were left to fend for themselves in the adjoining compartment.

Consumers requested a firmer fresh Jack that would not get runny, yet was not as firm as dry Monterey Jack. A midway formula evolved, hence Mezzo Secco, and was offered for sale from May to October, At the end of World War II, when mechanical household refrigeration became cheaply available, the creamery making Mezzo Secco.

In 1999, Mezzo Secco was revived as a delicious Dry Monterey Jack cheese, aged a minimum of four to seven months. 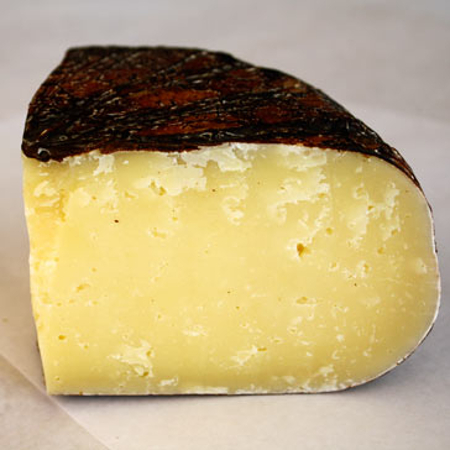