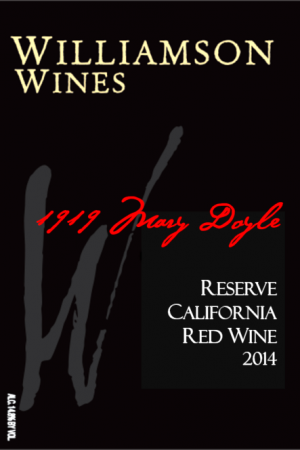 A special centenary release based on our Sovereign Cabernet Sauvignon to honor Bill's Mother, Mary Doyle-Williamson. 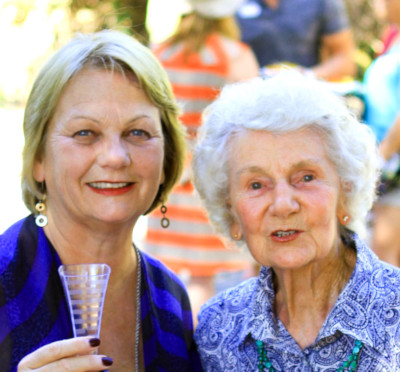 We created this intense Cabernet Sauvignon wine to celebrate the centennial of our Mother, Mary Doyle-Williamson (1919 – 2015)

Thanks for everything Mum.

Dominated by blueberry and blackberry flavors a host of savory notes appear as the fruit gradually opens with air.

Intense, dark and decidedly brooding in style, the interplay of fruit, structure and acidity is compelling.

To open, turn the corkscrew through the top of the wax cap and the cork in unison. Decant for at least one hour before serving.

The bottle is a Bordeaux style with the details etched into the glass and highlighted in cherry red and white enamel. The WILLIAMSON WINES name has been etched and highlighted with actual gold. To crown this special package, the neck was dipped in black wax. All of this work was performed by craftsmen as is fitting of such a handcrafted wine.

The bottles were sparged with nitrogen and then filled by hand. The corks were fitted individually by hand - a process that insures each bottle is filled and sealed correctly. However, this step often results in a little wine being spilled on the cork, so if you remove the wax cap and see wine stain on the top of the cork, don’t worry, the cork is not leaking.

This wine is “like the power of the earth in a glass!” The vines sink their roots deep down into the pure black volcanic soil. This gives the wine personality, forthright and truthful with a sharp mineral nature. It tastes of raw power with that good fragrance of the countryside dampened by the season’s first rains.

Not a wine to be consumed over dinner and light discussion. This is a wine destined for a night of challenge, promising romance, passion and fulfillment. Powerful and sensuous, this wine won't settle for anything less!

Aged in French Oak barrels for 44 months, the first 22 months in new barrels followed by another 22 months élevage in neutral oak to avoid imparting oak flavors.