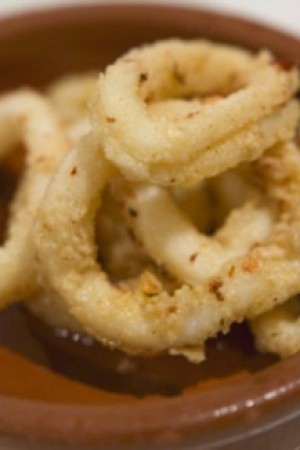 A delicious blend of prickly ash, spices and salt for traditional salt and pepper squid.

The dried berry of the prickly ash tree. are also known as Szechuan Peppercorns. The spice has a unique aroma and flavor that is not as pungent as black pepper and has slight lemony overtones.

Szechuan peppercorns are one of the five spices in Chinese five-spice powder. Called sansho in Japan, they are used in the spice mixture shichimi togarashi, or Japanese seven-spice seasoning. more . . .

Sprinkle 2 teaspoons of spice blend per 500g of seafood into a dry, hot pan and lightly roast. Coat seafood with roasted spice mix and stir-fry.

Use Herbie's Salt & Pepper Squid Spice as a finishing salt to add a little heat and boost the flavor to soups, pasta, or vegetables. Simply sprinkle a teaspoon at a time over your dish before serving until the desired flavor is reached.

For a fantastic food kick serve a small dish of Herbie's Salt & Pepper Squid Spice with chicken drumsticks or wings or BBQ ribs. Just dip the rib in the spice and eat - wow!