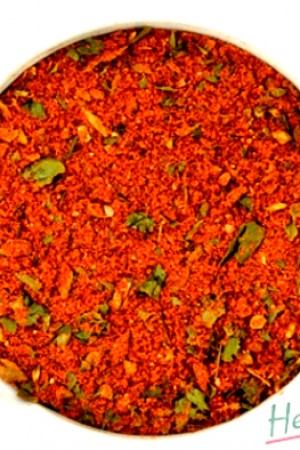 The perfect spice blend for tacos and con carne, our Mexican Spice Blend is relatively mild due to the inclusion of paprika and cumin.

Some spices and herbs that are often used in traditional Mexican dishes are not common in the U.S. We have created this Mexican Spice Blend because each adds their own subtle flavor twist to give you that genuine Mexican taste.

Use to season mince for tacos and flavor Mexican meals in general, especially ones with beans.

Give barbecued meat a lift by rubbing Mexican Spice Blend onto the surface before cooking.

Mexican cuisine is a fusion cuisine that takes elements from Mesoamerican cooking and adds a flare of European elements, especially Spanish, primarily a result of the Spanish conquest of the Aztec Empire.

The spices and herbs that are native to Mexico include chocolate (cacao), chiles and vanilla. While they may have originated in Mexico, like many spices and herbs, their increased demand has led to their cultivation throughout the world.

In this country many of us think that the Tex-Mex style of cooking that we are familiar with – burritos, chalupas, enchiladas, fajitas and tacos is “Mexican” food. But the truth is these foods are prepared very differently in kitchens throughout Mexico. Mexican cooking is all about freshness. Their meat, normally chicken, pork, and beef is found locally as opposed to Tex-Mex meat which normally consists of ground beef.

Lastly, sour cream is nonexistent in traditional Mexican cooking as dishes are topped with an assortment of fresh produce such as lime juice, raw or grilled onions, fresh cilantro or avocados.

Like many cuisines around the globe some of the most common flavors you may find in Mexican food are garlic and onions. These are both grown locally so they're as fresh as possible. Garlic is used either fresh or dried and is found in many staple recipes such as Carne Asada, Cheese Enchiladas, Pico De Gallo and seasoning blends like our Manzanillo Seasoning. Onion is also a very common ingredient, and like garlic is used both fresh and dried. When a recipe calls for fresh onions you can use white, yellow or red onions.

Other common flavors are cumin, coriander, chile powder and oregano. There are several varieties of oregano but for the most authentic taste in Mexican dishes Mexican oregano is preferred. This gives these dishes a rich earthy flavor.

While cumin is believed to have been first used in Egypt as far back as 4,000 years ago it is also often found in the spicier cuisines like Mexican. Cumin's very distinctive flavor possesses a warm, spicy-sweet and somewhat bitter taste and it is recommended that it is used sparingly as it can easily overwhelm a dish.