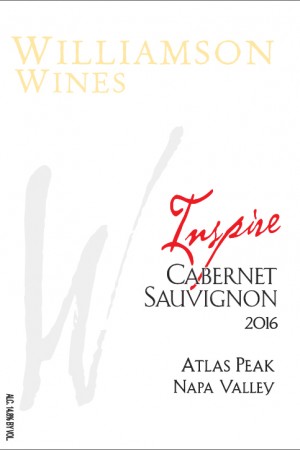 This Inspire Cabernet Sauvignon blend has excellent balance beginning with a deep crimson-purple color with intense, seductive, sultry aromas of raspberry and blackcurrant with notes of candied liquorice and spices.

Perky yet full and well-balanced on the palate, a set of exceptionally supple yet powerful flavors supported by a rich, silky tannin structure that nicely rounds out this impressive wine.

A beautiful wine which inspires the palate. Decant for at least one hour and serve at 65°F

Only 100 cases produced. Our vineyards are farmed to the code of sustainable agriculture using traditional techniques, based on strict control of yields, manual harvests and numerous quality specific tasks that are carried out by hand throughout the year.

In California, Cabernet Sauvignon, Cabernet Franc and Malbec grows well in the higher elevations of Napa’s mountains while Merlot thrives in the slightly cooler, sandy clay soils of Sonoma.