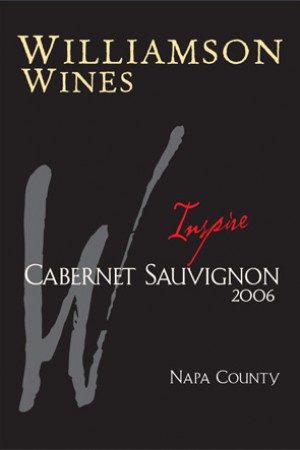 GOLD MEDAL winner in the San Francisco Chronicle Wine Competition Inspire 2006 is a once-only vintage as we could only source the George's Rutherford Vineyard grapes for one season.

New replacement for this wine . . .

Much of the fruit in Inspire 2006 was sourced from the former Beaulieu Vineyard No. 3, now known as Vineyard Georges III, originally planted by Georges DeLatour in 1928 in the gravelly, loam soils of Rutherford. This vineyard was recently torn out for replant so dear old George's vineyard has ceased to exist and will only live on in this wine until gone.

NOTE: This wine has now exceeded our recommended bottle age period - if you still have one in your cellar, allow it to come to room temperature, carefully remove the cork and decant, without any splashing or bubbles. Taste immediately then let sit for 30 minutes and taste again. Continue tasting every 30 minutes until the wine is too good to wait any longer or until the wine is gone or the taster has fallen asleep. - Enjoy, Bill

845 cases produced. No allergens were used in the making of this wine.