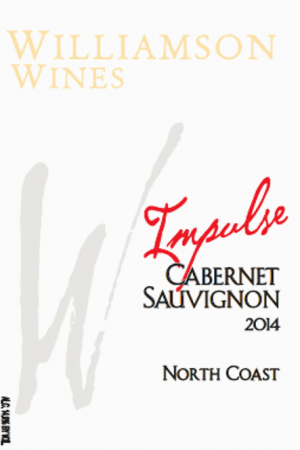 Impulse varies according to the character of each vintage, however, Cabernet Sauvignon always predominates to give Impulse its rich tannin, its wealth of aroma and flavor, while Merlot, an inseparable companion, brings suppleness, roundness and exceptional length.

The dark color, the rich, deep, brooding intense nose and the magnificent structure on the palate are very reminiscent of our 2005 CMH. They have the same powerful, ripe tannin, with perhaps a little less concentration, but also less austerity.

Seldom has a vintage been from the start as powerful and concentrated. We would have to go back to the legendary 2005 to find a previous vintage with such richness and such balance. Full and rich on the palate 2014 is an astonishing vintage; its tannic structure is powerful, ripe and dense yet strangely soft.

The bouquet is starting to open out; we can therefore drink it, knowing full well that it is still only showing a limited part of its enormous potential and will continue to improve for at least eight to ten years.


A beautiful wine impulsive and delicious. Decant for at least one hour and serve at 65°F

Only 153 cases produced. Our vineyards are farmed to the code of sustainable agriculture using traditional techniques, based on strict control of yields, manual harvests and numerous quality specific tasks that are carried out by hand throughout the year.