This is a raw goat's milk blue cheese from Lombardy, Italy coated with a blend of orange peel, cinnamon, ginger & clove.

Another raw goat's milk offering from cheesemaker Valentina Cano via her dairy, Lavialattea, near Bergamo in Lombardy. All of her cheeses begin with a base of raw goat's milk.

The story of LaViaLattea started in 1997, when Valentina and Roberto decided to produce raw milk cheeses, using the milk produced by their goats.

We appreciate the passion of Valentina and Roberto, but also their choices in cheese-making: producing artisanal raw milk cheeses, with no machines and with environmentally low-impact packaging. 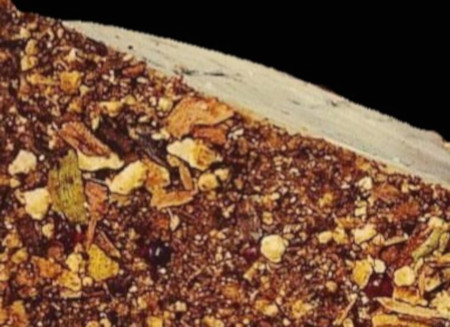