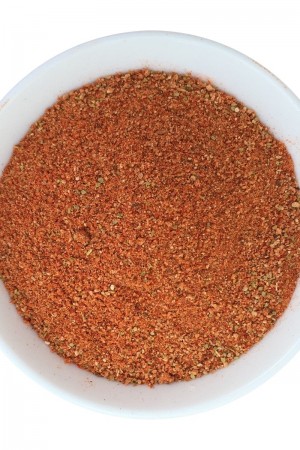 Use Zalt instead of salt for a bright tangy flavor.

Add delicious flavor to your food without adding unwanted salt or potassium by substituting Zalt for salt. Low salt diet meals do not have to be flavorless and bland. In fact, you'll discover that a good low salt diet is not only healthier for your heart but can also be tasty.

Blended and packed in Australia from imported and local ingredients.

Bill and Herbie decided to make a special spice blend to substitute for salt especially as both of them love food, love salt and are carrying a few extra pounds and years.

Herbie asked, "what should we call it?" to which Bill answeres "why not Zalt - because it's not salt! and because the name Zalt is derived from “Azalai”, (z-alt) which was an ancient salt caravan route followed by Tuareg traders in the Sahara, between Timbuktu and the Taoudenni salt mine."

When your doctor told you that you needed to reduce or eliminate any extra salt from your diet your first thought was probably that all you had to do was to remove the salt shaker from the kitchen table!

Well you quickly discovered that salt is actually called sodium and there is consensus that in order for a meal to be considered "low sodium" it should not exceed 140 mg of sodium. As you learn more about low salt cooking you will find frustration with grocery shopping and meal preparation.

Just add delicious flavor to your food without adding unwanted salt or potassium by substituting Zalt for salt.

Fresh, natural, pure herbs and spices blended and packed in Australia from imported and local ingredients then flown directly to our California Epicurean Kitchen to make every day an epicurean experience!