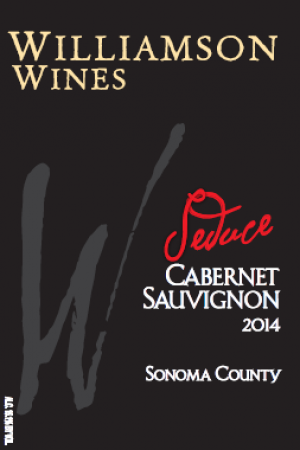 The 2012 Seduce Cabernet Sauvignon won three gold medals in the world's largest competition for American wines, up against the best of the best and this 2014 is even better.

Deep dark complex nose. In the mouth the promise made by the nose is fulfilled with complex layers of black fruit, cedar, herbs and spice all in just the right places.

Following harvest and sorting the grapes undergo a cold soak period of five days kept at a cool temperature, allowing for color and flavor extraction.

Cabernet enjoys a warm fermentation at temperatures accompanied by gentle punch-down on the cap reducing as the sugar changes.

Following fermentation extended maceration involves keeping the fermented wine in contact with its skins for an additional period to yield a softer tannin structure.