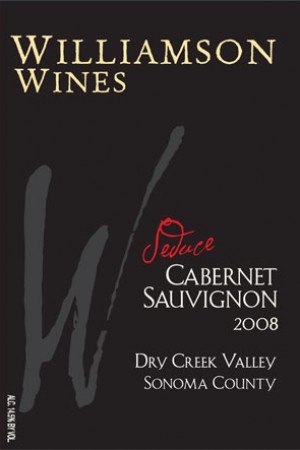 This wine is elegantly complex, with a structure and balance supporting the entire taste spectrum. The wine is extremely food friendly and will enhance your pleasure from a thick New York steak with a garlic, Gorgonzola or Béarnaise sauce.

Its nose is intoxicating and fragrant, with notes of raspberry, black cherry, and floral rose. The wine is balanced with perfectly ripe black plum and cassis fruit edged with dried spice. Touches of vanilla bean and mocha accent the persistent finish. Expect mouthwatering acidity. This wine can easily age 10 or more years.

Production = 448 cases. No allergens were used in the making of this wine.

The 2008 year began with intense storms with heavy rains but spring season was one of the driest on record with virtually no rainfall prompting vines to push early and then the frigid dry air created three weeks of the worst frost in decades. Then a triple digit heat spike at the time that vines were beginning to flower when fruit and vine development is particularly susceptible. The resulting fewer clusters, smaller berries and less canopy allowed the vines to focus on what little fruit was left. The summer continued cooler with consistent temperatures and healthy vines. A week-long heat spell over the Labor Day holiday ratcheted up the pace of the white harvest however the red varieties languished on the vine with optimal hang time, excellent ripening and balanced structure. The light rain events in late September and early October had no effect on the grapes. Having met the challenges of a crazy weather year we found ourselves harvesting fruit with incredible concentration which translated in the winery to very well structured, concentrated, elegant wines.