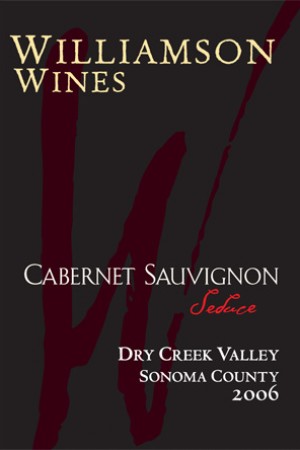 GOLD MEDAL winner in the San Francisco Chronicle Wine Competition this wine has an incredible Cab nose, wonderful flavors in the mouth and a soft finish on its own which will rise to meet power in any food.

The wine is extremely food friendly and will enhance the enjoyment of beef dishes. The soft fruit taste betrays its acid content which works well with grilled red meat and it is excellent with powerful dishes such as grilled steak with blue cheese, onions and mushrooms.

This wine is elegant in its complexity, with a multi dimensional structure and balance supporting the entire taste spectrum. The wine shows sweet cigar box and dark fruit cassis on the nose with hints of black pepper. Soft toffee and honey combine on the palate with smooth structured mouth feel and velvety tannins as proof of the superior structure.

318 cases produced . No allergens were used in the making of this wine.