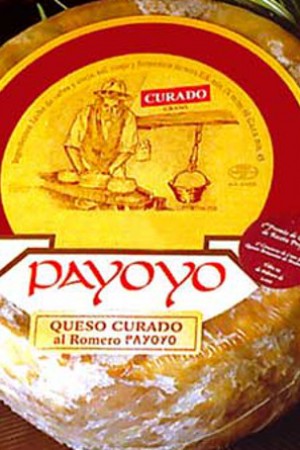 Imagine an ideal blend of tangy goat's milk cheese and rich sheep's milk cheese in one decadent bite. Queso Payoyo marries these two cherished characters of the dairy world to create a cheese so flavorful, balanced and fragrant it is utterly addictive.

Though this Spanish cheese resembles the famed Manchego with its crosshatch rind, this butter-colored cheese is softer and creamier.

Payoyo is so delicious it was named Spain's Best Cheese by the Ministry of Agriculture in its category in 2013. Plus it won a bronze medal in 2014 from the World's Best Cheese awards.

Before you indulge, tempt your taste buds by enjoying the cheese’s aroma and find hints of herbs, butter and cheesecake. Then place a thin slice on your tongue where it will melt and release its sweet, perfectly salted flavor followed by a welcome, tangy finish. Add this lesser known cheese to your cheese or tapas platter, enjoy with crusty bread or simply pair bites with a medium-bodied red wine or dry sherry.

Payoyo cheese is crafted out of loyalty to the classic cheeses of the region. Produced from the goats and sheep of local farmers in Grazalema, it is recognized in the catalog of traditional cheeses from Spain and the European Economic Community. The Payoyo goats are a rare and prized breed whose milk has contributed to this cheese’s internationally celebrated and award winning status.

It all started when Andrés Peña and Carlos Rios decided to recover the local cheese-making tradition that had almost been lost to modern ways. They committed themselves to only using milk from the ancient breeds of this area: Payoyo goats and Grazalema Merina sheep. They wander the wild hillsides eating grasses and herbs, lending a delicious complexity to the cheeses. The Payoyo creamery is based in the village of Villaluenga del Rosario, population 471, and is a centerpiece to the local economy.

Grazalema is a beautiful, rugged, mountainous area in the province of Cádiz. Surprisingly, for a town in Andalucía, it is the rainiest place in Spain due to the fact that the mountains around it are the first barriers that the clouds from the Atlantic Ocean meet upon hitting land. Much of the region is a nature park established in 1977.