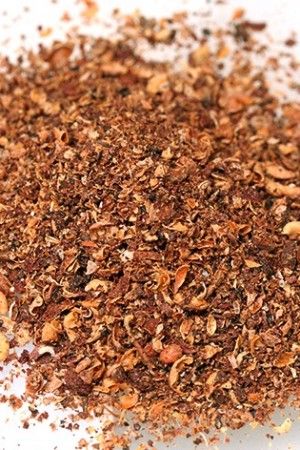 Not a true pepper but the dried, burst seed pods of a prickly ash tree.

The taste is hot like pepper, lingering and somewhat ‘fizzy’ on the tongue.

It is used in many Asian recipes, especially stocks for making roast duck and pork. The dried powdered leaf is called "Sansho".

Health Benefits: Considered anti-inflammatory, may also aid in digestion and reduce flatulence associated with indigestion. May have anti-septic properties and is sometimes used to reduce toothache. A good source of vitamin A and minerals like copper, potassium, iron, manganese, phosphorous, selenium and zinc. Although they are not as hot as some chili peppers, they can irritate individuals suffering from stomach ulcers, colitis, and diverticulitis conditions.