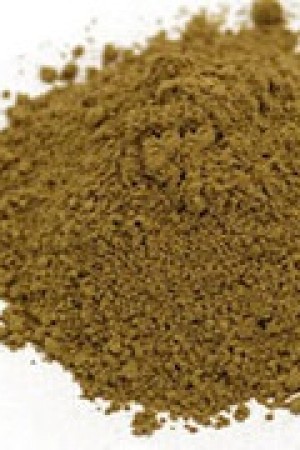 Licorice root has a distinct, sweet, sharp, anise-like licorice flavor and is used mostly in Chinese cooking along with Star Anise, Szechuan Pepper and Ginger, in pork and duck recipes.

Chopped Licorice root may be added sparingly to compotes of fruit and licorice powder is used to flavor creams and ice creams.

Licorice root contains many anti-depressant compounds and is an excellent alternative to St. John's Wort. As a herbal medicine it has an impressive list of well documented uses and is probably one of the most over-looked of all herbal wonders.

Licorice root has been used for a number of maladies, including digestive problems, food poisoning, ulcers, cough, bacteria and infections. Licorice root has also been used to increase fertility in women. It may help with imbalances related to the adrenal glands (stress organs) as well as hormonal imbalances.

Hundreds of potentially healing substances have been identified in licorice as well, including compounds called flavonoids and various plant estrogens (phytoestrogens). The herb's key therapeutic compound, glycyrrhizin (which is 50 times sweeter than sugar) exerts numerous beneficial effects on the body, making licorice a valuable herb for treating a host of ailments. It seems to prevent the breakdown of adrenal hormones such as cortisol (the body's primary stress-fighting adrenal hormone), making these hormones more available to the body.

It has a well-documented reputation for healing ulcers. It can lower stomach acid levels, relieve heartburn and indigestion and acts as a mild laxative. It can also be used for irritation, inflammation and spasm in the digestive tract. Through its beneficial action on the liver, it increases bile flow and lowers cholesterol levels.

Licorice also appears to enhance immunity by boosting levels of interferon, a key immune system chemical that fights off attacking viruses. It also contains powerful antioxidants as well as certain phytoestrogens that can perform some of the functions of the body's natural estrogens; very helpful during the menopause. Glycyrrhizinic acid also seems to stop the growth of many bacteria and of viruses such as influenza A.

Relieves pain and stress since it has an aspirin-like action and is helpful in relieving fevers and soothing pain such as headaches. Its anti-allergenic effect is very useful for hay fever, allergic rhinitis, conjunctivitis and bronchial asthma. Possibly by its action on the adrenal glands, licorice has the ability to improve resistance to stress. It should be thought of during times of both physical and emotional stress, after surgery or during convalescence, or when feeling tired and run down.

Control respiratory problems and sore throat. Licorice eases congestion and coughing by helping to loosen and thin mucus in airways; this makes a cough more "productive," bringing up phlegm and other mucus bits. Licorice also helps to relax bronchial spasms. The herb also soothes soreness in the throat and fights viruses that cause respiratory illnesses and an overproduction of mucus, such as irritating coughs, asthma and chest infections.

Treat PMS and menstrual problems. The phytoestrogens in licorice have a mild estrogenic effect, making the herb potentially useful in easing certain symptoms of PMS (premenstrual syndrome), such as irritability, bloating and breast tenderness. Although the glycyrrhizin in licorice actually inhibits the effect of the body's own estrogens, the mild estrogenic effect produced by licorice's phytoestrogens manages to override this inhibiting action.

Prevent heart disease. Recent studies have found that by limiting the damage from LDL ("bad") cholesterol, licorice may discourage artery-clogging plaque formation and contribute to the healthy functioning of the heart. Research indicates that modest doses of licorice (100 mg a day) have this effect.