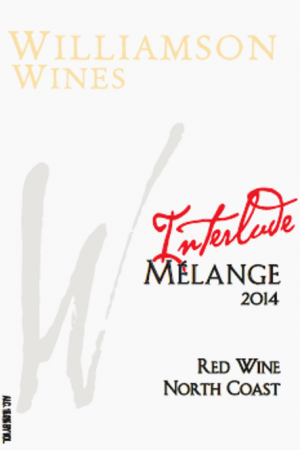 Interlude is a ​period that comes between two ​events . . . in 1378 Château Latour was a fortress manned by Breton soldiers besieged by an Anglo-Gascon army. Following its capture Latour became a farming area and after a brief interlude was re-purposed with vineyards and a winery.

Intensely dark color. Pure, refined, precise, ripe fruit. Silky and fresh on the palate with spicy notes and sleek, imposing tannin. Already good but the young Cab notes tells us that it will lend itself to longer aging. This is a "year in the bottle" wine and then - wow!

Inspired by the wines of Château Latour this is a beautiful wine worthy of its own interlude. Decant for at least one hour and serve at 65°F

Only 161 cases produced. Our vineyards are farmed to the code of sustainable agriculture using traditional techniques, based on strict control of yields, manual harvests and numerous quality specific tasks that are carried out by hand throughout the year.