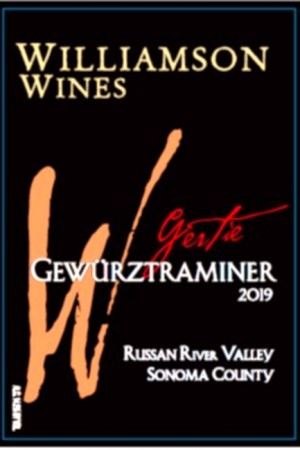 A beautifully aromatic dry white wine with just the illusion of sweetness and medium to low acidity making it a perfect food wine.

Gewürztraminer or Gertie refers to the spicy Traminer grape.

It's history was recorded in the village of Tramin from the first century, then spreading to Alsace where Gewürz (spice) was added to its name and Gewürztraminer was used in Alsace from 1870. In 1973 the name Traminer was discontinued in Alsace where the grape is simply known as Gewurz or Gertie.

The 2018 season was seamless with heavenly hangtime and phenomenal phenolic development. February saw abundant rains, followed by lots of filtered light in spring and early summer. Both bud break and flowering occurred a bit late, but under ideal weather conditions, creating plentiful and even fruit set.