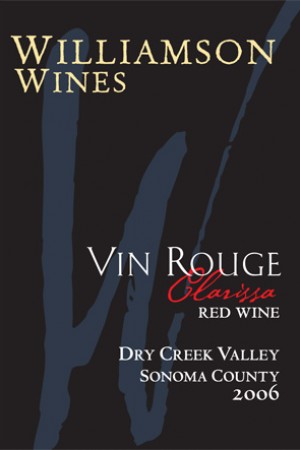 There is aromatic purity and depth here, expressive of our estate fruit which in this case is Cabernet Franc, Merlot and Cabernet Sauvignon.

Originally designed by Bill to drink without food this wine nevertheless is excellent paired with simple, direct foods such as hamburger, steak, dense white fish and white meats, like chicken or pork.

The deep, brilliant, ruby-red color is supported by the bouquet as it opens up when swirled in the glass to reveal complex aromas of blackcurrant, fruit in brandy, vanilla, and understated oak. The nose gains in complexity and intensity over time, but the fruit always prevails. On the palate this wine starts out powerful and elegant with a great deal of freshness then rich and dense on the middle palate. The tannin is luscious, but fine-grained and the fruit flavors go into quite a long aftertaste that remains fresh.