Ballerina Goat Gouda is unlike any other style of aged goat cheese. The goat’s milk flavor is apparent but not overpowering with a rich, caramel sweetness and small traces of crystals.

It carries the texture much like other older Goudas, despite its relatively young age of one to two years.

In the Netherlands, most goat gouda is young, aged for only a few months and possesses mild, snow-white paste.

This aged version is held for at least one year before release, resulting in a rough and stony wheel with a deep toffee-colored interior dabbled with white patches of crystalline minerals.

The milky sweetness of the younger version intensifies into a caramelized, burnt sugary, butterscotch pleasure with a nice crunchy texture.

The sharp, salty flavors wrapped up with the extra tang of the goat’s milk works perfectly with our Joy Sauvignon Blanc. 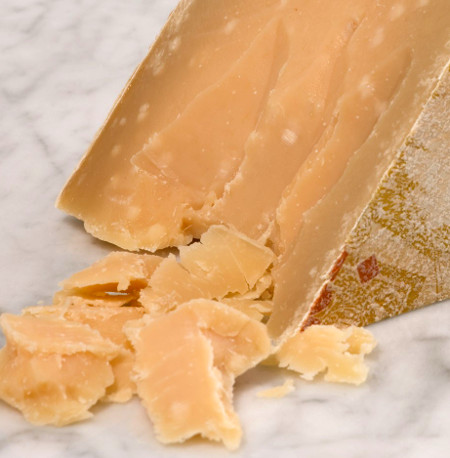