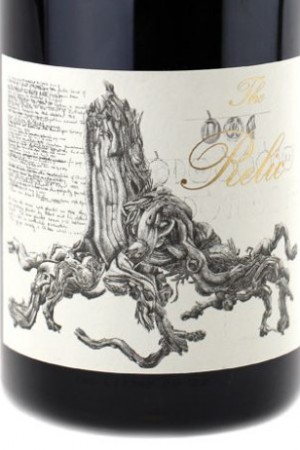 A 6th generation Barossan, Dan Standish established his eponymous winery in 1999 whilst still working as winemaker at Torbreck Vintners.

He initially began with an ancient parcel of Shiraz owned and farmed by his father, later supplemented by various sites throughout the Barossa Region that he has identified as significant and unique.

All batches of fruit are fermented and matured individually followed by a strict selection in the winery that can see as much as 80% of the original blend discarded and sold off in bulk.

As with the great producers of Europe only the finest wine is sold under the Standish Wine Company label.

Powerful aromas of blackberry and liquorice intermix with dark plum and a hint of dark chocolate followed by smoky vanilla cedar, a faint whiff of honeysuckle, fennel and pepper.

Voluptuous and rich in its mouthfeel, intensely concentrated flavors of dark plum, liquorice and blackberry kiss the palate. Complex elements of smoky vanillin cedar, fennel, traces of dried meats and pepper sit beneath the enormous volume of lavish fruit.

This Shiraz has a small Viognier component that adds early complexity, while fleshing out and filling the palate.

Dark chocolate, floral, some grilled meat and spice, with ‘purple’ fruit may be the best way to describe it, and maybe some ground coffee.

Full bodied, quite silky and plush, with fine but insistent tannin, a pretty perfume wafting in with the meat, and that slight white wine taste that Viognier can add to a wine.

Finish is pretty long, with emery tannin pushing it out very nicely, though there’s a little burr from alcohol warmth which detracts. It’s an excellent wine. - 94 points - Gary Walsh, The Wine Front

In 2017, Dan culled the number of barrels produced by a two-thirds, demonstrating his commitment to quality and consistency.

The 2017 year saw a rarely lush growing season for our old vines, with decent winter-spring rainfall and a long, sustained ripening period. We’re seeing the vibrancy to match in these wines.

These bright, luscious Shiraz’s each reveal refined, multi-layers of graceful tannin; fleshy and distinguished. While unmistakably Barossan, this vintage carries an elegance akin to a Northern Rhone offering – an atypical shift resulting from a more modest variation of our renowned ‘blow-dry’ summer heat.

Barrel de-classification took a leading role for these creations, bottling less than one third of production, retaining only the crème de la crème for the final cuvee. The role that soil, site and aspect play is distinctly evident in each of these single site wines as they show their most unique tones to date. - Dan Standish, Winemaker.

Foot stomped by Nicole and then fermented in French oak.