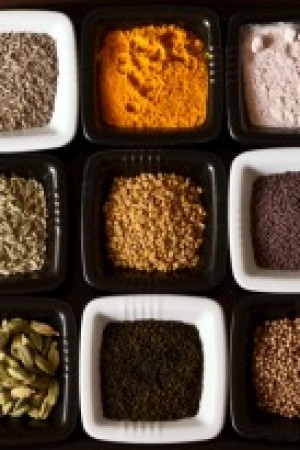 Herbie's South Indian Seafood Masala Mix is a balanced blend of spices for seafood with the taste of South India. They can be used straight from the packet to sprinkle on green shelled prawns, fish fillets or any seafood before you pan-fry, grill or barbecue.

Masala is a term used in South Asian cuisines to describe a mixture of spices. So dishes flavored with these mixtures are referred to as Shrimp Masala or Fish Masala but there are many ways to make dishes with the flavor of Masala so below are some samples.

One of the main items in a complete South Indian seafood meal is fish fry. Using Herbie’s South Indian Seafood Masala Spice Mix it is an easy and delicious dish to make.

Now add Herbie’s South Indian Seafood Masala Spice Mix and a little water into the paste. You can add about 1/3 cup of water into the mixture to make the consistency of the paste thin.

Now add the fish slices into the paste and marinate overnight or you can let it stand in the fridge for about 4 hours.

Heat oil in a flat pan and add the marinated fish one by one and cook until it becomes crisp on both sides adding extra masala mixture on top of the fish while you fry.

Work 5 teaspoons of the spice mix with 3 garlic cloves, 1/2 inch of ginger and 1/8 cup water into a loose paste in a mortar and pestle.

Add fish and vegetables and cook until tender.