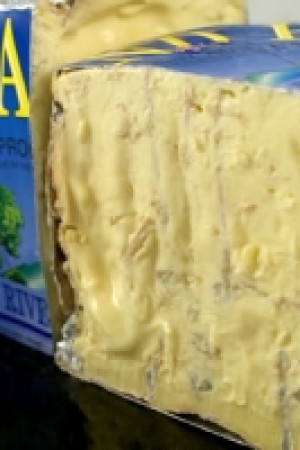 This cheese is produced by the Tarago River Cheese Company that was established in 1982. The company produces other blue cheeses, including Camembert and Brie-style cheeses, using Jersey milk to obtain a deeper yellow color and smooth, velvety texture.

Probably the first farmhouse cheese to be made in Australia, it has a round shape with natural, orange crust covered with white and blue-gray moulds. The cheese has a sweet and buttery taste.

A great cheese for someone that is convinced they don’t like blue cheese because it is mild, creamy and sweet but more bland than true blue lovers might want.

Variable in quality, both between batches and between seasons, on its day it can be a lovely cheese, you just never know what you are going to get until you open it. This variation is a natural function of farmhouse and artisanal cheese.

Gippsland Blue ripens in eight to ten weeks and is used as a table cheese, for grilling and in salads.