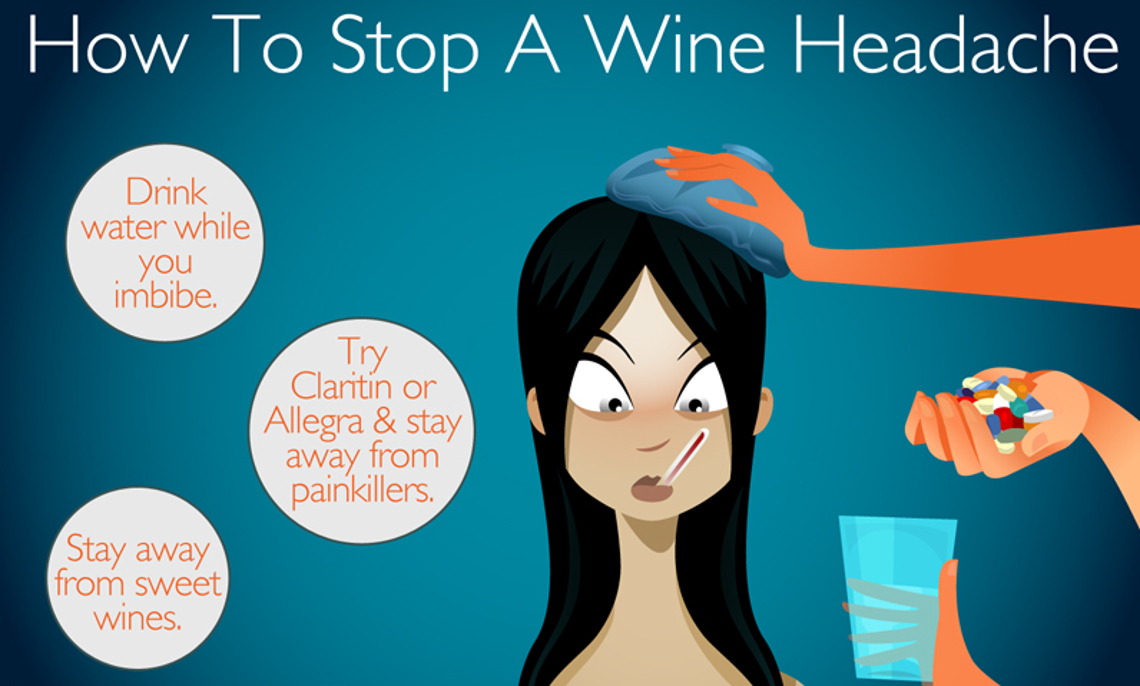 There has always been concern with wine causing headaches. Leaving aside alcohol, which is an entirely different discussion, wine allergies occur in an estimated eight percent of people worldwide! Only one percent of those involve sulfites mainly caused by sulfur-containing substances that winemakers use to prevent spoilage.

For that one percent, you (and everyone else) should avoid mass-produced wines. Generally when you make a lot of one type of wine you need to move wines around in the winery. When wine is moved it is protected from bacteria by sulphur dioxide and some soluble sulphur is absorbed into the wine. The more the wine is moved the more sulfites it picks up.

For the other seven percent scientists believe they have identified the allergen in wine that causes headaches, stuffy noses, skin rash and other allergy symptoms. Our scientific colleagues suggest that glycoproteins - proteins coated with sugars produced naturally as grapes ferment - may be the culprit.

A recent analysis of Chardonnay uncovered 28 glycoproteins, some identified for the first time and that many of the grape glycoproteins had structures similar to known allergens, including proteins that trigger allergic reactions to ragweed.

Hopefully, this should allow development of wine-making processes that minimize formation of these glycoproteins and may offer consumers low-allergenic wines.